To Pay or Not to Pay (Contribution to Charity Commissioner) 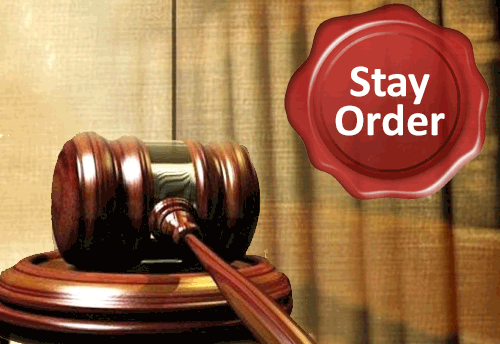 Not just trustees and managers of trusts and societies registered with the office of the charity commissioner (Maharashtra State), but, even their auditors and accounts seem to remain confused with regard to payment of contribution to the Public Trusts Administration Fund. Public memory is short and this Blog post is therefore meant to refresh it and walk readers down memory lane of history!

According to section 58 of the Bombay (now Maharashtra) Public Trusts Act 1950, “Every public trust shall pay to the Public Trusts Administration Fund annually such contribution at a rate or rates not exceeding five per cent of the gross annual income, or of the gross annual collection or receipt, as the case may be, as may be notified, from time to time, by the State Government.”

Gross annual income does not include corpus donations or deductions allowed by Rule 32 of the Bombay Public Trusts Rules, 1951.

Under Rule 32, public trusts exclusively for secular education, medical relief, veterinary treatment of animals, relief of distress caused by natural calamity are exempt from payment of contribution. In the case of multi-purpose trusts, deductions are allowed for the portion of the gross income or collection or receipt spent for any one or more of the aforesaid purposes.

Deductions are also permitted for donations received from other public trusts within the state and grants received from government and/or local authorities.

Under law, the charity commissioner has powers to charge ‘contribution’ up to five per cent of the organization’s gross income or receipt.

The right of the charity commissioner’s office to collect the contribution was challenged by the Salvation Army Western India Territory, Bombay, and Lohana Mahajan Trust, Bombay, and the matter went to the Mumbai High Court and was decided on 21st February 1972.

Their Lordships of the Mumbai High Court observed that the levy of contribution by the charity commissioner’s office in the past was more than required to meet with the expenses of the CC’s office. Their Lordships therefore held the said contribution as tax and ultra vires, since the state government had no authority to levy tax.

The state of Maharashtra and the Charity Commissioner, thereupon filed an appeal before the Supreme Court of India, being Civil Appeal no 487 of 1973. The same was decided on 10th February 1975 and their Lordships of the Supreme Court of India were pleased to allow the appeal partly and held that the levy of contribution was legal and valid up to 31st March 1970, but ultra vires thereafter.

Their Lordships observed that the levy of contribution should have correlation with the services rendered (by the office of the charity commissioner), giving due consideration to the existence of the surplus funds which were not immediately required for further expenditure by way of service, calculating capital expenditure. In other words, the Supreme Court directed that a contribution which is charged should be in keeping with the expenditure made for the maintenance of the organization.

The Supreme Court studied the income and expense of the fund with the charity commissioner (CC) and observed that at the end of the financial year 1970, there was a balance of over Rs.54 lakh and income there from. The Supreme Court therefore ruled: “We think that the contribution at the rate of two per cent on the gross income of the trusts after March 31, 1970 onward undoubtedly assumed the character of a tax as that merely augmented the income of the Charity Organisation (CC). If, the Organisation (CC) is allowed to go on increasing its surplus year after year out of the amount of fee collected under section 58 of the Act, it would demonstrate that the fee levied was unjustifiably disproportionate to the service rendered. We are, therefore, of the opinion that before levying any fee or determining its rate after March, 1970, the Charity Organisation (CC) has to balance its budget in the light of this judgment” and thus confirmed the judgment of Bombay High Court on the issue. [Source: State of Maharashtra & Ors. vs. The Salvation Army, Western India, 1975 AIR 846, 1975 SCR (3) 475]

The guiding principle laid by the Supreme Court has been to levy the contribution in proportion to the expenditure incurred by the office of the charity commissioner for a particular year.

Years after the order of the Supreme Court and in the wake of the then newly enacted Right to Information Act (RTI) 2005 two public spirited gentlemen, Mr. Manaharbhai Shah and Mr. Girishbhai Shah, trustees of the Mumbai based Sheth Vadilal Sarabhai Derasarji Trust managed to obtain valuable facts and figures from the office of the Charity Commissioner under an RTI application.

According to the data then provided by the Office of the Charity Commissioner (Maharashtra State) it was observed that contributions collected over the years from various public charitable and religious trusts, for the ‘Public Trusts Administration Fund’ had been invested in Fixed Deposits of various Banks aggregating Rs. 155,47,83,162.00 (as on March 2006). The return on this investment was Rs. 8,73,92,316.00.

Case before the Mumbai High Court

Taking cue from the earlier judgment of the Supreme Court, a Public Interest Litigation (PIL) was filed once again before the Bombay High Court (PIL 40/2007) to decide whether the contribution collected by the charity commissioner was legal and whether it should be stopped. Two more PILs (1780 and 1864 of 2007) were also filed in the same matter by two different trusts and all the cases were then tagged together.

According to the affidavit filed by the State Government and Charity Commissioner before the High Court in the PIL, an amount of Rs.248 crores was lying with the CC in the fund. On questions asked by the High Court about the proposed expense from the said fund, the State Government and the Charity Commissioner could not file any explanation despite repeated opportunities given to both.

After passing strictures on the administration of State Government and office of charity commissioner, the Mumbai High Court passed an interim order on 25th September 2009, restraining charity commissioner from collecting any fee hence forth in the State until further orders in the matter.

The Mumbai High Court had passed an interim order on 25th September 2009, restraining the charity commissioner (Maharashtra State) from collecting any fee in the State until further orders from the Mumbai High Court in the matter. Until the last hearing held on 17th October 2018, no explanation from either the State government or the office of the charity commissioner was filed before the High Court and thus the interim order passed on 25th September 2009 continues to-date.

Contribution cannot be collected by the charity commissioner in the State of Maharashtra till further orders in the matter by the Mumbai High Court.