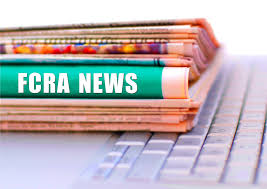 Vide Notification dated 7th March 2019, Ministry of Home Affairs (MHA) has amended the Foreign Contribution (Regulation) Rules, 2011. With this amendment, MCA has changed some of the online forms – essentially keeping separate forms for Registration, Prior Permission and Renewal as also separate forms for specific changes. It has also increased processing fees and seeks more details from the organization including in the annual return in Form FC-4

MHA’s Notification can be accessed at: