MANDATORY CSR IN INDIA – is it really MAKING A DIFFERENCE? 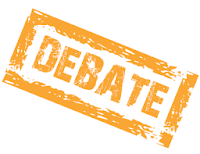 When
the new Indian Companies Act 2013 came into force from 1st April
2014, many within the sector hailed Section 135 as a “game
changer”. After completion of two fiscal years, in this
issue we debate whether “mandatory CSR” has made a
difference to either corporate India or the voluntary sector!

Making
CSR disclosure mandatory under law is a step towards making CSR a
priority in conducting business and helps in nudging the corporate
towards ‘inclusive growth’. This is a good starting point.
At
the House of TATAs CSR has been a part of our DNA. Today the trust
that the TATA brand evokes is not only due to the quality of our
product and services but also for the goodwill that we earned through
our CSR work.
Growth
through industrialization comes at a cost. It impacts societies that
get displaced, it impacts environment. It is therefore morally
necessary for business houses to minimize these impacts. We owe it to
our future generation.
To
have significant impact the Companies/NGOs should carefully select
the field of work, which would benefit the target beneficiaries most.
For this, one needs to do a careful need assessment rather than
adopting a general approach. Emphasis should be given to make an
initiative self-sustaining, wherever possible, within a definite
period of time and move on.
We
must acknowledge that there are good and bad species in every field.
The same applies for NGOs. While for the good ones, it will be a
boost to intensify their efforts. At the same time we need to guard
against the unscrupulous ones who would take this opportunity in
furthering their vested interest.
Tatapower
Community Development Trust (TPCDT) is the CSR implementing arm of
Tatapower and its subsidiaries in India. They operate mainly in the
vicinity of Tatapower business units, focusing in the field of
Education, Health and Livelihood
___________________________________________________________________

Mandating
CSR law has opened up vast opportunities for India Inc. to actively participate in fulfilling their social responsibilities. It is true
that companies’ operations do impact their neighbouring communities
both positively and negatively. While an industrial setup provides
better job prospects and improves socio-economic status of people,
there is also a struggle to share common resources between the
company and the community. The CSR law is thus an attempt to bring in
a strategic focus on societal development and creating a streamlined
process for corporates.

Unquestionably,
any company is primarily responsible to do its business right and
serve the interest of its shareholders. However, its liability also
extends to other stakeholders, of which its neighbouring community is
an important part. Interestingly, even before the mandate, corporates
had been sensitive to community needs and were implementing related
projects. For instance, Ambuja Cement has been spending much more
than 2% on its CSR since many years and has achieved complete
compliance and beyond with reference to section 135 of The Companies
Act.

Now,
as more and more companies are partnering with NGOs, there is an
increased demand for documentation and adherence to compliance norms.
This is also creating better prospects for NGOs to transition from an
informal setup to a stronger and robust system of documentation.

Also,
while talking about partnerships, I feel there is still a lot of
scope for different companies to collaborate and build on each
other’s’ strength. The CSR mandate is indeed a promising move for
corporates to create synergies and bring a large scale, lasting
impact on the ground.

CSR
has been an integral part of Ambuja Cement since its inception.
Ambuja Cement Foundation (ACF) was established in the year 1993 as
the CSR arm of the Company. With its presence in 21 locations in 11
states, ACF has been working with a vision to create a sustainable,
prosperous society, built on long-term partnerships. Currently, ACF
has an outreach of over 1.8 million rural population and is yearning
to do more.
______________________________________________________________________
‘Social
Responsibility’ and ‘Statutory Giving’ were merged together
through this one of a kind legislation. While the intrinsic nature of
CSR is voluntary how does forced philanthropy create any change?
Business
houses have undertaken voluntary charity for decades hence practicing
CSR without calling it so. But this legislation has made CSR the
‘buzz word’ in every boardroom. After all, CSR has become target
focused and numbers driven. This, in my opinion, has led to a shift
from philanthropy to community investing. Today the agenda is not
just about doing ‘good’ but forming partnerships that can yield
returns that encourage economic and social growth. The focus is on
impact and the vision is long-term.
This
has worked for established NGOs that are able to engage at a much
larger scale with CSR departments. Such partnerships are seeing
effective projects with long-lasting impact. Sadly, the benefits of
this trickle-down effect have yet to be seen on the smaller,
grass-root level NGOs. Most of these remain under funded and this
large pool of CSR money seems out of their reach.
This
legislation could easily have ended up becoming tick-box for
companies. But this has not been the case, the CSR story may not have
grown in leaps and bounds but concerted efforts by both NGOs and
corporates make the coming years very exciting for this sector.
The
Bombay Community Public Trust (BCPT) was set up as a People’s
Foundation to address the various development problems affecting the
citizens of Mumbai. The Trust works in partnership with individual
donors and companies to support NGOs and causes in the areas of
education, child-welfare, health, livelihood support and elderly
care.
________________________________________________________________

stronger in years to come. Following is why I am saying so:I consider mandatory CSR Act as a landmark act. It is most certainly making real difference. To me the Act has done four unprecedented things for CSR fabric of the country.

First, it has steered companies to create a CSR structure leading to better governance. A CSR Committee, declared CSR policy, Board’s approval to CSR initiatives, defined yet flexible schedule VII initiatives are all steps which are directionally correct.

Second, it has given CSR a continuous rather than ad hoc approach. The growing 2% CSR funds will be available year after year and that is when the projects will start becoming programs.

Third, getting talent into CSR that has the contextual and applied knowledge and putting in strong monitoring and evaluation mechanisms through the technology based data solutions has already started. I can visualise that this will lead to setting up of new CSR benchmarks.

Last but not the least, though in a little long term, it will start making CSR more strategic to businesses, bringing in innovations to make it win-win for company and the community and take it beyond 2% and will create such CSR models for social renewal that pave way for new kind of Private-Private Partnerships (PPP) – something that I am very positive about.
Arvind’s CSR philosophy is based on the notion that society and the corporation are inextricably linked, and that a company can improve its own functioning by influencing the environment in which it operates. It is this philosophy that transcends through all of Arvind’s CSR initiatives.

If you would like to be part of our next debate or suggest a topic, write in to connect@capindia.in