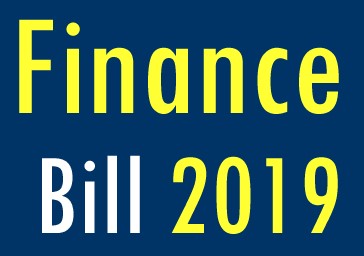 Finance Minister Ms. Nirmala Sitharaman’s Finance (No. 2) Bill 2019 has elements of potentially the good, the bad and the ugly for the voluntary sector in India. Let’s look at all three in reverse order.

The Ugly – Cancellation of registration of  Trust or Institution

Section 12AA of the Income tax Act 1961 prescribes the manner of grating registration in case of trust or institution for the purpose of availing tax exemption in respect of its income under section 11 of the Act, subject to conditions contained under sections 11, 12, 12AA and 13.

(i) the Principal Commissioner or the Commissioner is satisfied that activities of the exempt entity are not genuine or are not being carried out in accordance with its objects; and

(ii) it is noticed that the activities of the exempt entity are being carried out in a manner that either as a whole or any part of its income would cease to be exempt.

In order to ensure that the trust or institution does not deviate from its objects, it is now proposed to amend section 12AA of the Income-tax Act, so as to provide that:

(b) where a trust or an institution has been granted registration under clause (b) of sub-section (1) or has obtained registration at any time under section 12A and subsequently it is noticed that the trust or institution has violated requirements of any other law which was material for the purpose of achieving its objects, and the order, direction or decree, by whatever name called, holding that such violation has occurred, has either not been disputed or has attained finality, the Principal Commissioner or Commissioner may, by an order in writing, cancel the registration of such trust or institution after affording a reasonable opportunity of being heard.

This amendment shall be effective from 1st September, 2019.

Impact of this proposed amendment?

This amendment is potentially very dangerous. Let us assume for argument’s sake that the Ministry of Home Affairs (MHA) decides to de-register an association registered under the Foreign Contributions Regulation Act (FCRA) 2010 on grounds that it’s activities around civil rights, advocacy or policy has allegedly violated requirements of FCRA 2010, the association could also potentially lose its registration u/s 12AA of Income tax.

It is important to note here that deregistration u/s 12AA would not just mean tax at the maximum marginal rate (thirty per cent) on the income of the assessment year, but also tax on accreted income or what could be called “exit tax” under Section 115TD which was introduced under Finance Act 2016.

Accreted income for the purposes of section 115TD (1) means the amount by which the aggregate fair market value of the total assets of the trust or the institution, as on the specified date, exceeds the total liability of such trust or institution computed in accordance with the method of valuation as may be prescribed. This would hurt trusts and institutions having immovable property the most.

The latest income tax return in ITR 7 requires trusts and institutions to furnish details of all other registrations and approvals (e.g. with charity commissioner, registrar of societies / companies, FCRA etc.

The bottom line: Stay compliant with every regulatory requirement. Do not falter.

The Bad – No reference to Direct Tax Code (DTC)

A taskforce had been set up to submit draft of the new Direct Taxes Code by 31st July 2019 to replace the current Direct Tax Law (i.e. Income tax Act 1961). Further, there was talk about re-introduction of estate duty law in India. However, both did not find a mention in this Budget 2019.

The proposed new direct tax code will replace the Income Tax Act of 1961. Existing Sections 2(15), 12A, 80G may not just get renumbered, but, witness radical changes. The aim of the government is to improve tax compliance and bring more assesses into the tax net and make the system more equitable for different classes of taxpayers.

While the proposed Direct Tax Code is still not final, it is likely that some of its provisions may not be favourable for charitable trusts and institution. With the government’s aim is to reduce ‘corporate tax’; ‘tax-deductions’ and ‘tax-exemptions’ may take a hit. Existing provisions for corpus donations and accumulating unspent income may also be made more stringent.

While the income of charitable trusts and institutions is generally “tax exempt” and donations made are “tax deductible”, the future may bring these benefits only at the cost of complex compliance!

We are reminded of what Mark Twain once famously said: “The only difference between a tax man and a taxidermist is that the taxidermist leaves the skin.”

In the Budget speech the Finance Minister has said, “it is time to take our capital markets closer to the masses and meet various social welfare objectives related to inclusive growth and financial inclusion”.

The Minister further stated: “I propose to initiate steps towards creating an electronic fund raising platform – a ‘Social Stock Exchange – under the regulatory ambit of Securities and Exchange Board of India (SEBI) for listing ‘social enterprises’ and ‘voluntary organizations’ working for the realization of a social welfare objective so that they can raise capital as equity, debt or as units like a mutual fund”.

Interestingly, on July 1 2019, the think tank Brookings India released a paper titled “The Promise of Impact Investing in India”, which mentioned that in a survey of Indian social enterprises, 57% identified access to debt or equity as a barrier to growth and sustainability.

A Social Stock Exchange (SSE), broadly, is understood as a platform that allows investors to buy shares in a social enterprise that has been vetted by the exchange. There are a few international examples and they follow different models. In London, it acts more as a directory connecting social enterprises with potential investors, while in Canada the SVX is an online platform where even retail investors can invest in funds or companies with social impact.

In India, the finance minister said the exchange will come under the ambit of the Securities and Exchange Board of India. She mentioned that it will be “an electronic fundraising platform”, However, the precise nature of its functioning is unclear so far. There is even lesser clarity about how a stock exchange will help raise capital for “voluntary organizations”.

The voluntary sector in India seems interested and excited about this proposal. However, at the same time it fears that this initiative may only benefit social enterprises that have a business model and traditional charities may not benefit.

What Is Social Enterprise?

A social enterprise is usually a commercial organization that has specific social objectives that serve its primary purpose. Some see it as ‘smart business with a halo’.

Social enterprises seek to maximize profits while maximizing benefits to society and the environment. Their profits are principally used to fund social programs.

The concept of a social enterprise was developed in the UK in the late 1970s to counter traditional commercial enterprise. Social enterprises exist at the intersection of the private and volunteer sectors. They seek to balance activities that provide financial benefits with social goals, such as providing housing to low-income families or vocational training.

Funding is obtained primarily by marketing goods and services to consumers, although some funding is obtained through grants. Because profit-maximization is not the primary goal, a social enterprise operates differently than a standard company. Impact Investors invest in such initiatives to maximize financial gain together with maximizing social good.

Finance Minister Nirmala Sitharaman while presenting the Union Budget 2019-20 in Parliament said that India’s FDI inflows in 2018-19 remained strong at USD 64.375 billion marking a 6% growth over the previous year.

However, unfortunately, the Government of India’s stand with regard to “foreign contributions” under FCRA continues to remain distrustful and hostile.