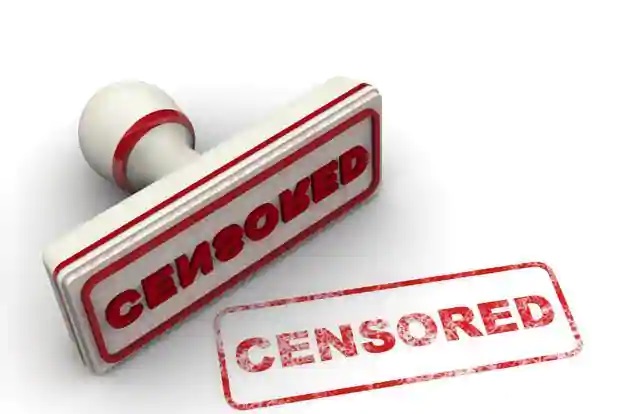 According to a report published in the Times of India (July 23, 2020) “the charity commissioner (Gujarat) has warned about the mushrooming of NGOs which have phrases such as ‘human rights, ‘consumer rights/protection’ and ‘anti-corruption’ in their names and instructed subordinates to keep close watch on their activities, as many have been found to be misusing such names to intimidate people.”

The full report can be read at: https://timesofindia.indiatimes.com/city/ahmedabad/charity-chief-warns-of-ngos-with-certain-tags/articleshow/77116818.cms

What’s in a name?

According to the report, charity commissioner Y. M. Shukla has said that there are some 200 organizations that have the words ‘consumer rights’ or ‘consumer protection’ in their registered names. There are more than 50 trusts bearing names that include ‘human rights’!

Mr. Shukla has issued instructions to his subordinate offices to check the credentials of such organizations when they come up with change reports, audited accounts and to see if there is any complaint pending against them. All deputies have been instructed to report back if they find any issue with the functioning of such organizations and their registration will be cancelled in accordance with the law.

The circular issued by the charity commissioner states: “It is always welcome if the trusts, which are registered for noble purposes, act accordingly. Instead, many have been seen using names including ‘human rights’, ‘consumer rights’, ‘consumer protection’, ‘anti-corruption’ committee and council to throw their weight around. Such activity is required to be deprecated and checked immediately.”

State has power to regulate

In our opinion, if some NGOs in Gujarat are going about as if they are a government authority (as stated in the press report) the charity commissioner can and should take action against such organisations.

However, legally if the NGO is working in the field of human rights or consumer rights why would the organization not make it clear in the name what it is established for? Constitutionally there is freedom to form organisations/associations and naming them to reflect what they stand for or do.

State has every right to regulate but not to control.

Right now, human rights and consumer rights organisations are registering as “established for charitable purpose” under the category “any other object of general public utility”. There is no other choice.

Perhaps there could be a separate regulatory authority under which advocacy and rights bases organisations can register instead of the charity commissioner. But, may be the remedy may prove worse than the original malady.

In early July 2018 the Maharashtra State charity commissioner had issued an order directing around 400 NGOs and trusts registered in the state to remove the words “corruption” and “human rights” from their names or risk suspension under the Maharashtra Public Trusts Act 1950.

The charity commissioner’s office in Pune too had taken similar action against 16 NGOs with the word “corruption” in their names, including Anna Hazare’s Bhrashtachar Virodhi Jan Andolan.

According to press reports, the Maharashtra charity commissioner was of the view that the government has the machinery to prevent corruption and protect human rights.

Civil society organizations (CSOs) play an essential role in the promotion and protection of human rights. They are a tool enabling individuals to work towards the elimination of human rights violations and hold those responsible to account.

Enshrined in all leading human rights instruments, the right to freedom of association allows for individuals to form or join formal or informal groups to take collective action to pursue a common goal.

Article 19 of the Constitution of India provides all citizens of India the right to form associations or unions or co-operative societies. However, the State is not precluded from making any law and imposing it, in the interests of the sovereignty and integrity of India or public order or morality, reasonable restrictions on the exercise of the right conferred by the said sub-clause.

A thin line divides ‘advocacy’ and ‘rights-based activities’ with ‘political activity’. And it is at this thin line that all conflicts between CSOs and the government begin and end.

CSOs may not engage in political campaign activities nor undertake a range of advocacy activities related to legislative processes. However, they are not specifically prohibited from communicating with legislators, other government officials, or the media, or encouraging their constituents to do so.

CSOs may also lobby for non-political causes, provided that such activity promotes “general public utility” and is incidental to the attainment of the charity’s objects. Societies, moreover, may have as their primary objective the dissemination of political education, according to the Societies Registration Act 1860. However, courts in India have also held that an institution or trust whose dominant object is political in character cannot be said to have been established for charitable purpose.

‘Political Nature’ of activities under FCRA

Under the FCRA 2010, if an NPO is deemed to be of a “political nature” it may not receive foreign contributions. The Act does not specifically define “political nature,” but sets forth a process by which the central government makes such a determination based on the organization’s activities, ideology, program, or its association with the activities of a political party.

In practice, this often means that CSOs aligned with an opposition party or endorsing an ideology in opposition to the government may be more likely to be deemed “political” and precluded from receiving foreign funds. One could argue that “improvement of democracy and governance in India through political and electoral reforms” could be deemed as a charitable purpose under the category “Advancement of any other object of general public utility”. However, the position is summarized in Halsbury’s Laws of England: “A trust for the attainment of political objects is invalid, not because it is illegal – for everyone is at liberty to advocate or promote by any lawful means a change in the law, but because the court has no means of judging whether a proposed change in the law will or will not be for the public welfare or benefit, and therefore cannot say that a gift to secure the change is a charitable gift.” This argument was also advanced by Lord Parker in Bowman v. Secular Society Limit