Can Companies provide CSR funds to NGO beyond three years? 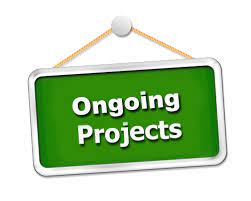 ‘Companies (CSR Policy) Amendment Rules 2021’ has created some doubts and confusion in the mind of some CSR heads and Company Secretaries with regard to whether they can provide CSR funds to an NGO (CSR Implementing Agency) beyond three years? The answer is yes, they can! The amendment pertains to the ‘project’ and not the NGO.

Nowhere under section 135 of the Indian Companies Act 2013 nor the under the Rules, nor under any Notification nor any FAQ pertaining to CSR has the Ministry of Corporate Affairs imposed such an embargo. The confusion arises from a misunderstanding and misinterpretation of the Amended Act and the Rules.

Let’s first understand what has changed.

“Provided further that if the company fails to spend such amount (i.e., at least two per cent of the average net profits of the company made during the three immediately preceding financial years), the Board (of the company) shall, in its report made under section 134(3)(o) specify the reasons for not spending the amount and, unless the unspent amount relates to any ongoing project referred to in sub-section (6), transfer such unspent amount to a Fund specified in Schedule VII, within a period of six months of the expiry of the financial year.”

What is ongoing project?

Under section 2(i) of the Companies (CSR Policy) Amended Rules 2021 ‘Ongoing project’ means a multi-year project undertaken by a Company in fulfilment of its CSR obligation having timelines not exceeding three years excluding the financial year in which it was commenced, and shall include such project that was initially not approved as a multi-year project but whose duration has been extended beyond one year by the board based on reasonable justification.

In other words, the reference here is to a Multi-year Project (not the CSR Implementing partner or NGO) undertaken by a Company in fulfilment of its CSR obligation having timelines not exceeding three years excluding the financial year in which it was commenced.

Also, it is pertinent to remember that the amendment pertaining to ongoing project only kicks in if the company fails to spend such amount (i.e., at least two per cent of the average net profits of the company made during the three immediately preceding financial years) on CSR activities.

In other words, Subsection (5) of Section 135 of the Indian Companies Act 2013 pertains specifically to the company spending the two per cent in the financial year and allows a carry forward of the unspent amount only if it is for an ongoing project.

A project is essentially a carefully planned initiative or scheme to achieve a particular goal or objective. Project requires a sequence of tasks (input) that must be completed to attain a certain output and outcome.

Points for companies to remember

What NGOs can do?

Both companies and NGOs must understand that under the amendments Notified in January 2021, mere disbursal of funds for implementation of a project does not amount to ‘spending’ unless the implementing agency (NGO) utilises the whole amount.

A company may ask the NGO to return the unspent CSR funds and deposit the same in the Company’s “Unspent CSR Account”.