Issue regarding payment of “contribution” to Charity Commissioner (Maharashtra) resurfaces 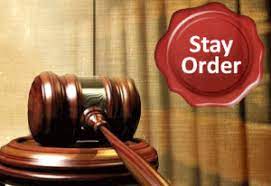 It’s now been almost twelve years since Trusts and Societies registered in the State of Maharashtra have not been paying annual “contribution” to the Charity Commissioner and hence most seem to have virtually forgotten about it. Our collective memory as a sector has been refreshed (jolted) today.

Thanks to a Writ Petitions filed by Seth Vadilal Sarabhai Derasarji Trust and others, The Bombay High Court had granted a stay order on collection of this “contribution” under interim orders dated 27th February 2008 and 25th September 2009.

This matter is currently being heard and the court on 11th July 2022 has ordered that it be listed once again on 18th August 2022.

The court has observed: “bearing in mind that interim orders dated 27th February 2008 and 25th September 2009 have been passed in this writ petition and the same are subsisting even till this date, with the result that the State of Maharashtra has been precluded from issuing any notification specifying rates at which contributions have to be made by the registered public trusts in accordance with the provisions of section 58 of the Maharashtra Public Trusts Act, 1950, we would necessarily be tasked to consider the prayer of Mr. Kumbhakoni, learned Advocate General for the State of Maharashtra to vacate such orders.”

The order of 11th July 2022 adds: “However, before considering such prayer, we need to be presented with relevant facts and figures by the State of Maharashtra for facilitating contribution of the nature envisaged in section 58 of the Act. We, therefore, call upon the State of Maharashtra to place on record by way of an affidavit what would be the approximate quantum of contribution that could be received if each of the registered public trusts are required to pay contribution annually at the rate of 3% of the gross annual income, or gross annual collection or receipt, as per section 58 during the period 1.4.2010 till 31.3.2021. At the same time, the affidavit ought to also indicate the expenses incurred by the State to keep the office of the Charity Commissioner operational for rendering requisite services as contemplated in the Act, right from the date the order of injunction is operative. Let such affidavit be filed by 5th August 2022; rejoinder thereto, if any, may be filed by 12th August 2022.”

According to Section 58 of the Bombay (now Maharashtra) Public Trusts Act 1950, “Every public trust shall pay to the Public Trusts Administration Fund annually such contribution at a rate or rates not exceeding five per cent of the gross annual income, or of the gross annual collection or receipt, as the case may be, as may be notified, from time to time, by the State Government.”

Under existing Rule 32, public trusts exclusively for secular education, medical relief, veterinary treatment of animals, relief of distress caused by natural calamity are exempt from payment of contribution u/s 57 & 58 of the Maharashtra Public Trusts Act 1950. In the case of trusts with multi-purpose objects and activities, deductions are allowed for the portion of the gross income or collection or receipt spent for any one or more of the aforesaid purposes.

Deductions may also be allowed for donations received from other public trusts within the state and grants received from government and/or local authorities.

The power of the Charity Commissioner’s office to collect “contribution” was first challenged by the Salvation Army Western India Territory, Bombay, and Lohana Mahajan Trust, Bombay, and the matter went to the Mumbai High Court and was decided on 21st February 1972. Their Lordships of the Mumbai High Court observed that the levy of contribution by the charity commissioner’s office in the past was more than required to meet with the expenses of the Charity Commissioner’s office. Their Lordships therefore held the said contribution as tax and ultra vires, since the state government had no authority to levy tax.

The state of Maharashtra and the Charity Commissioner, thereupon filed an appeal before the Supreme Court of India, being Civil Appeal no 487 of 1973. The same was decided on 10th February 1975 and their Lordships of the Supreme Court of India were pleased to allow the appeal partly and held that the levy of contribution was legal and valid up to 31st March 1970, but ultra vires thereafter.

Their Lordships observed that the levy of contribution should have correlation with the services rendered (by the office of the charity commissioner), giving due consideration to the existence of the surplus funds which were not immediately required for further expenditure by way of service, calculating capital expenditure. In other words, the Supreme Court directed that a contribution which is charged should be in keeping with the expenditure made for the maintenance of the organization.

Years after the order of the Supreme Court and in the wake of the then newly enacted Right to Information Act (RTI) 2005 some public-spirited persons, managed to obtain valuable facts and figures from the office of the Charity Commissioner under an RTI application.

According to the data then provided by the Office of the Charity Commissioner (Maharashtra State) it was observed that contributions collected over the years from various public charitable and religious trusts, for the ‘Public Trusts Administration Fund’ had been invested in Fixed Deposits of various Banks aggregating Rs. 155,47,83,162.00 (as on March 2006). The return on this investment was Rs. 8,73,92,316.00.

Taking cue from the earlier judgment of the Supreme Court, a writ petion was filed once again before the Bombay High Court (PIL 40/2007) to decide whether the contribution collected by the charity commissioner was legal and whether it should be stopped. Two more petitions (1780 and 1864 of 2007) were also filed in the same matter by two different trusts and all the cases were then tagged together.

After passing strictures on the administration of State Government and office of Charity Commissioner, the Mumbai High Court passed an interim order on 25th September 2009, restraining Charity Commissioner from collecting any fee hence forth in the State until further orders in the matter.

The time for “further orders” has come near, now after almost twelve years.

Much will depend on the affidavit that the State Government will file before the High Court by 5th August 2022. The petitioners will also have an opportunity to file rejoinder thereto by 12th August 2022.