Section 197 and Schedule V of the Indian Companies Act 2013 has been amended such that the requirement of seeking approval of the Central Government for the payment of managerial remuneration in excess of limits stipulated for public companies has now been removed. The Ministry of Corporate Affairs has also made appropriate changes to the Companies (Appointment and Remuneration of Managerial Personnel) Amendment Rules, 2018. Companies Registered under section 8 (section 25 under the erstwhile Companies Act of 1956) are incorporated either as private or public companies and this amendment should come as a relief to such Non-profit companies as well. 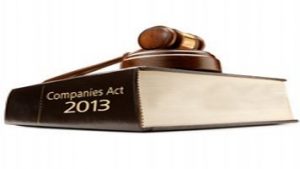 The requirement of obtaining a Central Government approval was stringent and time consuming.

Prior to the amendment, section 197 prescribed a ceiling on the total managerial remuneration payable by a public company to its directors (including managing or whole-time directors) and manager at eleven per cent of the net profits of the company.

Also, the remuneration payable to any one managing or whole-time director or manager could not exceed five per cent of the net profits of the company and ten per cent if there were more than one such director.

In short, prior to the amendment, payment of remuneration in excess of these limits required both shareholders’ approval and approval from the Central Government. Further, if in any financial year, a public company had no profits or inadequate profits, such company was not permitted to pay to its directors and managerial personnel, any remuneration except in accordance with the provisions of Schedule V of Companies Act 2013.

After this amendment, if a public company is desirous of paying remuneration in excess of the above limits, such company may now do so after obtaining approval of the shareholders of company by means of a special resolution. However, the additional requirement of obtaining central government approval has been done away with.

Thus, public companies are now free to appropriately compensate their managerial personnel in excess of the limits prescribed under the Companies Act 2013 albeit subject to shareholder’s consent by way of a special resolution.

Public companies with inadequate or no profits, desirous of paying remuneration to its directors and managerial personnel in excess of the limits prescribed in Schedule V of Companies Act 2013 may now do so as well, after obtaining approval of the shareholders by a special resolution.

The removal of the requirement of obtaining a Central Government approval has simplified compliance for public companies. However, the amendment now imposes a higher responsibility on nomination and remuneration committees and boards of directors to justify managerial remuneration levels. Companies (including Section 8 companies) will now be required to ensure greater transparency and rationale while drafting explanatory statements to be shared with the shareholders, for resolutions seeking approval for enhanced remuneration.

Can Board Members of an NGO/NPO be remunerated?

In our opinion it is not ‘good governance best practice’ for a Board Member of an NGO/NPO/Charitable Institution (whether registered as a Trust, Society or Section 8 Company) to derive any remuneration. However, the law allows any Board member to be remunerated for services rendered to the NGO/NPO/Charitable Institution, provided the charter of the organization (Trust Deed in case of a Trust or Articles of Association in case of a Company registered u/s 8 or Rules & Regulations in case of a Society) allows such remuneration to be paid and the remuneration paid meets the test of “reasonableness”!