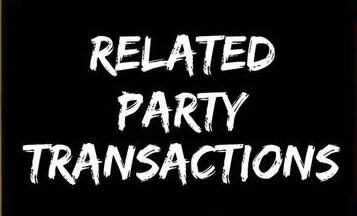 Would it be ‘Related Party Transaction’ if CSR grant is contributed by a company to a charitable institution (CSR Implementing Agency registered either as a trust, society or Section 8 Company) and where the Director or key managerial personnel of the Company or his/her relative is also a trustee (of that grant receiving charitable institution)? This appears to be a question that quite a few Companies seem to be asking recently.

Who is a ‘Related Party?’

Section 2(76) of the Indian Companies Act, 2013 defines the term “Related Party” to include:

Provided that nothing in sub-clauses (6) and (7) shall apply to the advice, directions or instructions given in a professional capacity;

8. any company (excluding a private company) which is:

9. Such other person as may be prescribed (this includes a director or key managerial personnel of the holding company or his relative with reference to a company).

Who is a ‘Relative?’

A ‘Relative’ as per Section 2(77) and Rule 4 of the Companies (Specification of definitions details) Rules, 2014 includes:

Who is a ‘Key Managerial Personnel?’

‘Key Managerial Personnel’ (KMP) refers to a group of people who are in charge of maintaining the operations of the company. KMP includes persons who have authority and responsibility for planning, directing and controlling the activities of the reporting enterprise. Chief Executive Office, Chief Financial Officer, Company Secretary, Whole Time Director are the Key Managerial Personnel.

Related Party Transactions are not illegal or banned per se. However, they are regulated by certain conditions as provided under section 188 of the Indian Companies Act, by the means of which they can be disclosed to the Board and shareholders for them to ratify.

Thus, to reiterate ‘Related Party Transactions’ are neither banned nor illegal. These are regulated by processes and procedures which must be followed by the company.

Section 188(1) of the Indian Companies Act provides that except with the consent of the Board of Directors given by a resolution at a Meeting of the Board and subject to such conditions as may be prescribed, no company shall enter into any contract or arrangement with a related party with respect to:

The agenda of the Board meeting at which the resolution is proposed to be moved should disclose:

Also, no member of the company should vote on the resolution, if he is a related party, to approve any contract or arrangement which may be entered into by the company. However, MCA has exempted private companies from this requirement vide notification dated 5th July, 2015.

Does CSR fall under section 188?

In our opinion, CSR grant (which is in the nature of a mandatory charitable expenditure by the company for public welfare activities with no personal financial benefit derived by any related party) does not appear to fall within the purview of Section 188(1) of the Indian Companies Act 2013.

One may consider certain factors such as size, volume, frequency and purpose of transaction to determine whether the transaction is in ordinary course or not.

In our opinion since CSR is mandatory under law (under section 135 of the Indian Companies Act 2013) for certain companies, the very purpose of the CSR grants by the Company’s Board (on the recommendation of the CSR committee) to the company’s own foundation or an ‘implementing agency’ (registered either as a trust, society or section 8 company with track record of three years of service) would be a transaction entered into by the company in its ordinary course of business and to fulfill a compliance and regulatory requirement under law.

‘Arm’s Length Transaction’ means a transaction between two related parties which is conducted as if they are unrelated and such that there is no conflict of interest. If the transaction is conducted and carried out in a fair, justifiable manner without any trace of influence of the parties it would be a transaction at arm’s length.

Transactions which are not biased (by the relationship of the parties) and conducted as if with an unrelated party are exempted from compliance under Section 188 of the Act.

Thus, if a transaction fulfills the criteria of ‘ordinary course of business’ and ‘arms length transaction’, no approval is required under section 188 of the Indian Companies Act.

Thus, in our opinion: