Brace yourselves for renewing your organisation’s tax-exempt status 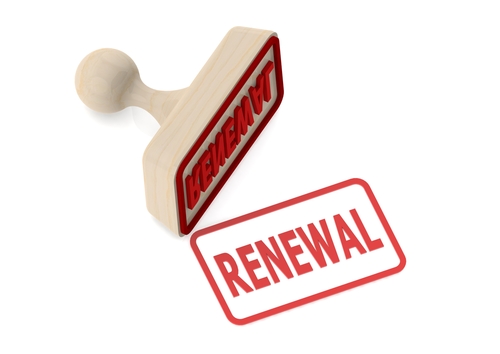 Between 1st June and 31st August 2020 about 217,000 charitable and religious trusts and institutions will have to apply for re-registration with the Income Tax Department in order to re-validate their tax-exempt status and remain eligible to offer tax deduction to Indian tax paying donors. This will not only be a herculean task for the charitable and religious trusts and institutions but also for the already over-burdened income tax department.

Will the process be simple or complex?

Will it be seamless automatic renewal for all those who will be applying online and have been filing their returns annually on time and complying with all other statutory requirements under the Income tax Act 1961?

We will know the answers only once the Bill passes into Act and the Rules are framed and the new online forms are available.

Will the tax authorities be demanding resubmission of old records?  There are many old trusts which have misplaced their registration certificates and trust deeds.

Will the tax authorities be re-examining the objects and activities? If yes, does the department have the capacity and infrastructure to scrutinize 217,000 applications in detail within a reasonable period of time?

The bigger fear of course, is the possibility of a ‘witch-hunt’ and selectively targeting certain institutions.

A report filed by journalist Khushboo Narayan in The Indian Express of 20th February 2020 states: “An official told The Indian Express that NGOs, charitable trusts and religious institutions whose FCRA (Foreign Contribution Regulation Act) licenses have been cancelled by the Ministry of Home Affairs (MHA) will be denied registration under the new Income Tax law. Similarly, NGOs that have violated other laws under any State Public Trusts Act, Registrar of Societies, Prevention of Money Laundering Act, among others, will not be approved by the Income Tax Department.”

What has deregistration under FCRA got to do with income tax exemption? There is a classic case of a well-known institution which voluntarily wished to get de-registered under FCRA because it no longer required registration under FCRA. The Ministry of Home Affairs (MHA) reportedly expressed inability to de-register the organization. The institution stopped filing annual returns as it had no foreign contributions coming in and nor did it have any foreign funds left to spend. Ultimately, the institution was de-registered under FCRA for failure to file annual return with MHA. Should such institutions now be further penalized by the income tax authorities?

The only requirement for granting registration u/s 12AA is that the objects of the trust, society or section 8 company should be charitable in nature and the activities are genuine. That’s all!

However, we have been observing that the income tax authorities have been denying registration u/s 12AA for totally irrelevant reasons well beyond the scope of enquiry contemplated u/s 12A of the Income Tax Act 1961. For example, it is a settled position under law that once settled, a trust is ‘irrevocable’, but Income tax authorities insist that the ‘irrevocability’ clause should be explicitly stated in the trust deed.

We all know that there is no explicit provision under the Public Trusts Act to dissolve or wind up a trust and yet the income tax authorities insist that there should be a clear clause in the trust deed for winding up or dissolving the trust.

There are virtually thousands of old trust deeds which simply do not have these clauses. Will the Income tax authorities insist that these trusts should amend their trust deeds? If the answer is yes, brace yourself for further delays in revalidating your tax-exempt status till the charity commissioner approves amendment to your trust deed.

Clauses like ‘irrevocability’ and ‘winding up’ are desirable, but not a pre-condition under the Income Tax Act for granting registration u/s 12AA.

Income tax authorities also insist that the trust deed or memorandum of association should have a clause that the beneficiaries are a section of the public and not specific individuals and that the funds and property of the trust shall be used only for the objectives of the Trust, Society or Non-profit Company.

Will the Income tax authorities insist that all trust deeds and memorandum of associations must mandatorily have these clauses? Would it not suffice if trustees or members of the governing board submit a signed undertaking or affidavit that these norms will be adhered to and the income tax authorities may cancel registration in case of any violation?

What if tax exemption is not renewed?

Unfortunately, if the income tax authorities refuse to renew or revalidate your trust or institution’s registration as a tax-exempt organization established for a charitable or religious purpose, the following would be the consequences:

To reiterate, brace yourselves for renewing your organisation’s tax-exempt status. The month of June will be the start of the monsoon season. Be prepared to get drenched, if not in the rains then in perspiration.