Surplus income does not mean profit! 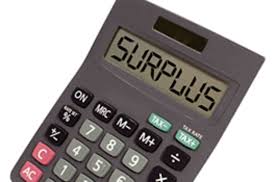 In Director of Income Tax (Exemption) vs. Gujarat Cricket Association (GCA), the Gujarat High Court while interpreting “charitable purpose” has observed: “the fact that the carrying on of charitable activities results in a surplus does not mean that Assessee exists for profit. ‘Profit’ means that owners have a right to withdraw the surplus for any purpose including personal purpose. However, if the surplus is ploughed back into the same charitable activities, the Assessee cannot be said to be carrying out commercial activities in the nature of trade, commerce or business. The fact that the Assessee has dealings with & share of profits from, BCCI (a commercial entity) does not affect its charitable status”

The entire judgment may be read or downloaded at:

The Commissioner of Income Tax had cancelled GCA’s tax exemption under Section 12AA from Assessment Years 2004-05 till the date of his order (i.e. 6th December, 2010) in exercise of his powers under Section 12AA(3) by invoking the proviso to Section 2(15) of the Act, 1961.

The Commissioner, while cancelling the registration of the Assessee held that the activities of the trust were commercial in nature.

The Income Tax Appellate Tribunal (ITAT) also upheld the view taken by the Income tax commissioner that GCA’s activities were commercial in nature and therefore GCA was not entitled to tax exemption u/s 12AA.

The principles of law

The Gujarat High Court took into consideration the following principles of the Income tax Act 1961:

For an Assessee to be classified as charitable under the residuary category i.e. “advancement of any other object of general public utility” u/s 2(15) of the Income tax Act, the following four factors need to be satisfied:

The earlier test that if the income so collected, is applied towards the charitable activity, then the trust cannot be held as non-charitable, is no longer relevant after the statutory amendment to section 2(15).

Scope of the term

The scope of the term “activity in the nature of trade, commerce or business” would mean that:

The Court observed that from a perusal of the Circular No. 11 of 2008 issued by the CBDT, it is clear that the new proviso of Section 2(15) of the Act, is applicable to the Assessee who are engaged in commercial activities i.e. carrying of trade, commerce or business in the garb of ‘public utility’ to avoid tax liability, and where the object of “general public utility” is only a mask or device to hide the true purpose, which was ‘trade, commerce or business.’

The court was of the view that charitable activity is the anti-thesis of activity having an element of self-interest. Charity is driven by altruism and desire to serve others, though the element of self-preservation may be present. For charity, benevolence should be omnipresent and demonstratable but it is not equivalent to self sacrifice and abnegation.

The antiquated definition of the term charity, which entails giving and receiving nothing in return is outdated.

Enrichment of oneself or self-gain should be missing and the predominant purpose of the activity should be to serve and benefit others, the mandatory features being, selflessness or illiberal spirit.

The court was of the view that quantum of fee charged, the economic status of the beneficiaries who pay, commercial values in comparison to the fee, purpose and object behind the fee etc., are several factors which decide the seminal question, “is it business?”

Revenue cannot take a contradictory stand that, the Assessee carries on charitable activity under the residuary head “general public utility”, but, simultaneously record the said activity as business.

There is no statutory mandate that a charitable Institution falling under the residuary Clauses, should be wholly, substantially or in part be funded by voluntary contributions.

A pragmatic view is required to be taken while examining the data and the same should be analyzed objectively. A narrow and coloured view may prove to be counterproductive and contrary to section 2(15) of the Act.

Accumulation of money/funds over a period of two to three years may not be relevant in determining the nature and character of the activity and whether the same should be treated indicative of profit motive i.e. the desire or intention to carry on business or commerce.

What has to be seen is, as to what is the core/main activity of the Assessee. The predominant activity should be the basis of the decision making.

The court also observed: It appears from the line of reasoning adopted by the Assessing Officer and the CIT(A) that both are absolutely mesmerized or rather hypnotized by the word “BCCI” The corpus with the BCCI may be huge and the BCCI may be indulging in commercial transactions like TV rights, IPL matches etc. However, we fail to understand what has the BCCI to do directly with the Assessee. The Assessee is a registered charitable trust. It has its own objects. It has its own activities for the purpose of promoting the game of cricket, or in other words, imparting education in the game of cricket. The BCCI may ask the Association to host a cricket match at the international level once in a year or two. However, that by itself, is not sufficient to draw an inference that the Assessee-Association is indulging in commercial activity with an element of profit motive.

Having regard to the materials on record, we are convinced that the main and predominant object and activity of the Assessee is to promote, regulate and control the game of cricket in the State of Gujarat.

The undisputed fact is that over a period of years, this activity has been recognized by the Income Tax Department as a charitable activity and the registration under Section 12A of the Act was granted to the Assessee.

A number of assessment orders under Section 143(3) were passed, wherein the Assessee was held eligible for the exemption under Sections 11 and 12 of the Act.

It appears that it is only after the proviso u/s 2(15) came to be inserted that, all of a sudden, the department now believes that the activity of the Assessee is commercial in nature and no longer charitable. It is difficult for us to take the view that the Assessee could be said to be carrying on “trade, commerce or business” under the garb of the activity being “general public utility”.

Merely because an activity is performed in an organized manner, that alone, will not make such activities as business/commercial activity. The profit motive is one essential ingredient which is apparently missing in the case on hand. In carrying out an activity, one may earn profit or one may incur loss. But for making it as a business activity, the presence of the profit motive is sine qua non.

In the case on hand, the ultimate beneficiary is either the cricketer or the game of cricket.

The Assessee is not charging any fees or revenue from the cricketer who is the ultimate beneficiary. Thus there is no quid pro quo relationship with the cricketer.

The Assessee is promoting cricket on the charitable basis as far as real beneficiary is concerned.

Whenever revenue is earned, the same is not on commercial lines and the same could be said to be earned without any commercial attributes. The revenue is generated for recovering the cost, at least partly if not in full.