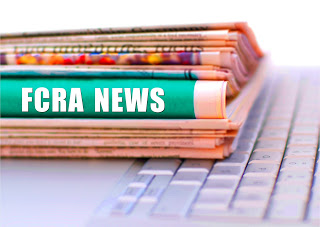 Official data indicates that there are around 25,000 organizations which have license under FCRA to receive foreign funds for their projects and programs in India. Foreign contributions worth INR 18,065 crore were received by such organizations from foreign donors for various social, cultural, economic, educational and religious activities during the fiscal year 2016-17.

MHA should regulate and not control

In our opinion this Notice is not in alignment with either the letter or spirit of law, including the Foreign Contribution Regulation Rules 2011 as amended from time to time.

Every public charitable trust or society registered under the Act of 1860 or company registered under section 8 of the Indian Companies Act 2013 is autonomous and has the right to appoint or elect office bearers/key functionaries (trustees, members of the managing committee or directors) of their choice or as per their respective constitution (trust deed or Memorandum of Association & Rules) and inform the regulating authorities (charity commissioner, registrar of societies or companies and MHA) within the time stipulated under law. However, the role of the regulating authority is to regulate and not to control.

Change in office bearers/key functionaries should be intimated but should not require approval of any regulating authority.

What does MHA’s Notice state?

All organizations which have been granted a certificate of registration under FCRA 2010 have reported details of their office bearers/key functionaries while applying for registration. However, MHA seems to have noticed that some organizations registered under FCRA have changed their office-bearers/key functionaries “without approval from the MHA and without updating this data on a real-time basis through the online application meant for a change of these details.”

This is absurd. Nowhere under FCRA 2010 or the Rules thereunder is ‘approval’ from MHA or ‘updating on a real-time basis’ even remotely contemplated. In the Rules or in Form FC-6, the language is “intimation” and not approval and the “intimation” too is mandated only if there is change in more than fifty per cent of the original key members of the organization as reported in the application for grant of registration / prior permission / renewal of registration under the Act.

Whenever NGOs have tried to intimate a change in key members of the board, but, falling short of fifty per cent, MHA’s online system has not accepted such change. Hence, where is the question of ‘updating on a real-time basis’?

What does rule 17A state?

According to Foreign Contribution Regulation Rule 17A (iv): “A person who has been granted certificate of registration or prior permission shall intimate electronically or online in form FC-6, within fifteen days, of any change in ….  Key members of the Association if at any time such change causes replacement of fifty per cent or more of the original key members as reported in the application for grant of registration / prior permission / renewal of registration under the Act.

However, MHA has recently changed their FAQ section and answer to question No. 3 under “Change in Name, Address, Objectives, FC Account details etc.” now sings a different tune.

Q. 3: “Whether intimation regarding the change of Members of the Executive Committee/Governing Council of the association is to be given to the Government?

Ans. Yes. If at any point of time, such change causes replacement of original Members of the Executive Committee/Governing Council of the association, intimation is to be given online in Form FC-6 E to MHA within 15 days of such change.

There is no reference to fifty per cent or more under this new FAQ.

What MHA wants NGOs registered under FCRA to do

All associations which have been granted a certificate of registration and have effected any change/modification in the details of their office bearers/key functionaries after their registration are now required to submit online application for additions/ deletion/ change of details in the statutory Form FC-6(E) about such office bearers/key functionaries within one month from the date of issue of this public notice, failing which penal action shall be initiated under the appropriate provisions of the FCRA Act, 2010 and Rules, 2011.

This means that if there has been any change in the governing board of an NGO after it has received registration, prior permission or renewal under FCRA it must provide details of this change in the new online Form FC-6(E) before 7th July 2019.

However, the new online Form FC-6(E) is not yet live on MHA’s website. It is expected to go live within the next two or three days.

If any of the office bearer is a foreigner (including PIO/OCI card holder), details thereof including: Name, Date and Place of birth, Passport number, Address in the foreign country, whether a person of Indian origin, PIO/OCI Card Number, If resident in India, date from which residing in India.

MHA also requires the resolution passed by the governing body before effecting the changes (in appointment, resignation or removal of any office bearer)