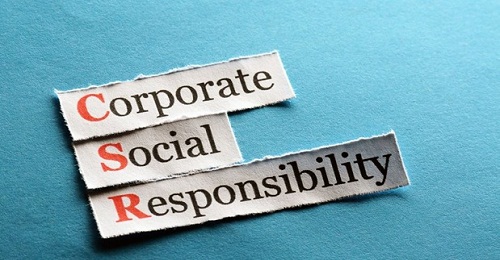 The Union cabinet has approved changes to the Indian Companies Act of 2013 making it mandatory for companies covered under section 135 of the Act to create a ring-fenced escrow account for Corporate Social Responsibility (CSR) expenditure and transfer unutilised funds to the National CSR Fund.

Spend – for thou shalt not be spared

Five years since the law has come into effect (from 1st April 2014), the Ministry of Corporate Affairs is now keen to ensure that every company which is required to comply under the provisions of Section 135 of Indian Companies Act 2013 does so without any compromise.

From the earlier policy of “Show or Shame” (show what and how much your company did or ‘spent’ in terms of corporate social responsibility, or stand shamed in your company’s Annual Report and website as to how little you contributed by way of your corporate social responsibility) the GOI is shifting its policy to “Spend, or you shall not be Spared”!

Ideally, CSR should be a voluntary initiative. However, India is probably the first and only country in the world to mandate it under law and now also enforce strict compliance on companies spending CSR funds fully on CSR related activities.

The proposed change to the Indian Companies Act will require companies to deposit funds for mandatory corporate social responsibility expenditure for a given fiscal year in the escrow account for up to three years, if the amount is part of an ongoing project that requires funding in stages. Any expenditure due for a fiscal year that is not spent within three years will need to be transferred to the National CSR Fund, as per the changes.

Further, if a company does not have an ongoing project that requires funding in stages, then it will be required to transfer unused CSR funds to the National CSR Fund at the end of financial year.

What does this mean?

In simple terms, what the Government of India wants is:

Under law and effective from 1st April 2014, any company (whether public, private or foreign) registered under the Indian Companies Act 2013 and having a net worth of at least ₹500 crore or more, or turnover of ₹1,000 crore or more, or net profit of ₹5 crore or more, during the immediately preceding financial year must spend at least two per cent of the average net profits of the company made during the three immediately preceding financial years, in pursuance of its Corporate Social Responsibility Policy.

CSR related activities should be within the framework of Schedule VII of the Indian Companies Act. Any failure in this regard should be explained in the company’s annual report.

Reportedly, Indian companies spend around ₹15,000 crore a year on CSR, though Ministry of Corporate Affairs feels it should be over ₹ 22,000 Crore, if compliance is vigorously enforced.