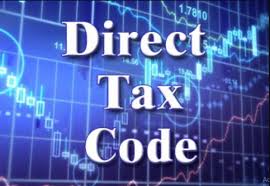 Finance minister Arun Jaitley has extended the deadline for the task force to come up with a new draft direct tax code by 31st July 2019. The proposed new direct tax code will replace the Income Tax Act of 1961. Existing Sections 2(15), 12A, 80G may not just get renumbered, but, witness radical changes.

The aim of the government is to improve tax compliance and bring more assesses into the tax net and make the system more equitable for different classes of taxpayers.

While the proposed Direct Tax Code is still not final, it is likely that some of its provisions may not be favourable for charitable trusts and institution. With the government’s aim is to reduce ‘corporate tax’, ‘tax deductions’ and ‘tax exemptions’ may take a hit. Existing provisions for corpus donations and accumulating unspent income may also be made more stringent.

While the income of charitable trusts and institutions is generally “tax exempt” and donations made are “tax deductible”, the future may bring these benefits only at the cost of complex compliance! We are reminded of what Mark Twain once famously said: “The only difference between a tax man and a taxidermist is that the taxidermist leaves the skin.”