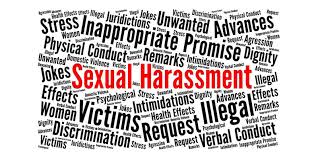 In the recent judgment, (Mrs. Arvinder Bagga & Ors. v. Local Complaints Committee, District Indore & Ors., W.P. No. 22314 of 2017) the Indore Bench of the Madhya Pradesh High Court has slapped a penalty of Rs. 50,000.00 on Medanta Hospital, Indore for not having Internal Complaints Committee (ICC) under the Sexual Harassment of Women at Workplace (Prevention, Prohibition and Redressal) Act, 2013. The court has also directed the hospital to pay a compensation of INR 25 Lakhs to the complainant for failing to address her complaint of sexual harassment. The order was passed in concurrence with the report that was filed by the Local Complaints Committee, Indore.

Constituting an Internal Complaints Committee is a mandatory requirement under Section 4(1) of the Sexual Harassment of Women at Workplace (Prevention, Prohibition and Redressal) Act, 2013.

The hospital had failed to address the humiliation and harassment faced by the lady complainant. Also, when the complainant tried to raise her voice by bringing the issue to the notice of the Managing Director of the hospital, her case was not acknowledged and she was terminated from her services.

The complainant (a senior marketing manager at the hospital) was sexually harassed by her immediate senior, but, since there was no Internal Complaints Committee she registered her complaint with the Women Welfare Department of Women and Child Development Ministry.

Penalty for not constituting ICC

As per law, if an employer fails to constitute an ICC within his organization, such employer can be punished with fine of Rs. 50,000. In case of subsequent conviction for failing to constitute ICC, penalty can be doubled and in certain cases the Act also provides that license or registration of such employer to do business may be cancelled.

Even though the penalty for first offense provided for under the Act may seem to be minor and trivial for some organizations, one must be mindful of the fact that if a matter of sexual harassment reaches the court and the court finds that ICC was not constituted as per the Act, apart from imposing penalty as per the Act, the court also has discretion to order payment of damages or compensation from the employer.

Earlier the Madras High Court had directed a company to pay INR 1.68 Crore as damages for sexual harassment to an aggrieved woman.

In July 2019 in a one of its kind order, the Delhi High Court has imposed a cost of Rs 50,000 on a woman for filing a false complaint of sexual harassment against her senior official and dismissed her plea challenging the benefit of doubt given to him.

The court said there was no merit in the woman’s petition in which she has challenged the 2012 order of the internal complaint committee (ICC) and sought direction that the retirement benefits of the man be withheld.

The court also directed that the organisation, where the woman was working, is at liberty to initiate appropriate action against her for “filing a false compliant” against the man in accordance with law.

Applicability of the law

The Prevention of Sexual Harassment (POSH) at workplace law is applicable to every workplace, establishment, company or organization (including NGO) employing 10 or more employees (full time, part time, interns or consultants included) irrespective of its location or nature of industry.

Key compliance under the law

1. Committee: Each organisation with more than 10 employees is required to form an Internal Complaints Committee (ICC) headed by a “female presiding officer”;

2. Policy: Formulation of an internal POSH policy for the prevention and redress of sexual harassment at workplaces;

3. Training Programmes: Orientation and training programmes are also required to be carried out by the organisation;

4. Annual Report: Organizations are also required to file an annual report (with District Collector) with the information of the number of sexual harassment complaints received in a year, the number of complaints disposed of in a year, cases pending for more than 90 days, etc.

Note: Centre for Advancement of Philanthropy provides guidance, assistance and technical input on all four compliances under the POSH law.

The Ministry of Corporate Affairs, through a Notification dated July 31, 2018, amended the Companies (Accounts) Rules 2014 in accordance with the request made by the Ministry of Women and Child Welfare. Due to this amendment, it is now mandatory to disclose that the company has implemented the provisions of POSH.

It is now mandatory for a company to make a statement in the Director’s Report that it has complied with the provisions regarding the constitution of the Internal Complaints Committee (ICC). Trusts, societies as also Section 8 companies should also adopt this practice.

This amendment comes as a major step towards making the workplaces in the private sector safer for women, thereby casting higher responsibility on the Board of Directors to ensure compliance under the POSH Laws.